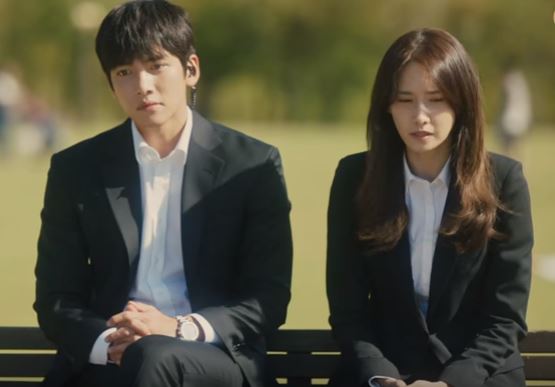 If you’ve watched a K Drama then drawn out scenes in slow motion are not new to you.

EVERY drama uses slow motion and that’s because they have an important function:

You will recognize these moments when you see

And when you see them- you know that the episode will probably end RIGHT IN THE MIDDLE of the slow motion- carrying over to the next episode- leaving the viewer EXASPERATED, and ya, you’ve got to watch the next episode or else you won’t be able to sleep.

My advice to you? always stop watching a K drama 10 minutes into the NEXT episode. You’ll get a peaceful nights sleep that way.

When we watched The K2, we found one of the MOST aggravating, agonizing, exasperating drawn out scene we have ever seen in a k drama.

We almost couldn’t handle the stupid suspense. It was too much.

If you’ve seen the scene in episode 9 , you know- it takes them 6 minutes to decide whether they should speak to each other/ knock on a door. 6 MINUTES+

It was too much. One of the most agonizing moments I’ve ever experienced in a drama.

All things considered – it is hilarious.

In good humor we decided to mock the moment. Check out our parody of this epically drawn-out moment!

For those of you who have yet to watch The K2– No, THEY NEVER OPEN THE DOOR to talk to each other. So all that suspense WAS FOR NOTHING

We took great pains to mimic the camera angles and costume- YES I even cut my hair to pull off the Ji Chang Wook/ Justin Bieber hairstyle.

Enjoy the bloopers at the end!

What is the most drawn out moment in K drama that got you?

let us know in the comments below! 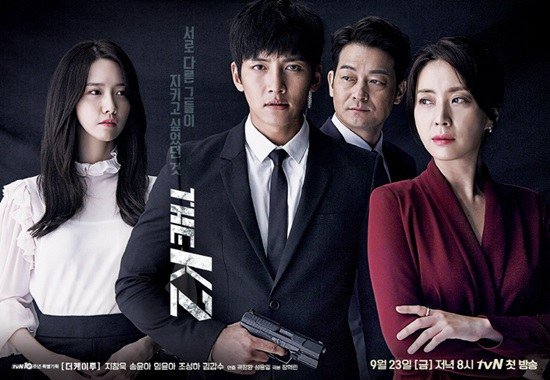 If you are a Kdrama skeptic, or new to the genre, we highly recommend this drama. The show leans away from the cutesy romance and focuses heavily on its political plot and is filled with action scenes.

The plot follows the story of a former soldier (Kim Je-Ha) who is dishonorably discharged from the military. Wanted for committing a military crime, he is constantly in hiding and on the run, until he is caught at the wrong place and the wrong time and becomes a witness that needs to be eliminated. Je-Ha becomes involved with powerful political candidates for whom he becomes a bodyguard. Things become complicated when Je-Ha learns he is the body guard of the presidential candidate’s love child. He becomes conflicted when he struggles to understand whether he is safeguarding or holding the young woman hostage, especially after falling in love with her.

I found the plot a little to politically heavy. Without an understanding of Korean government structure, it was difficult to follow what was going on and why certain developments were a big deal.

The politics got boring when the candidates continued to play a back and forth game, each trying to damaged their rival’s public appearance. While it made sense, it just got repetitive after a while.

However, I enjoyed the suspense and mystery aspect (though it was not as compelling as other dramas) as it kept you guessing.

The drama was full of action shots featuring Ji Chang Wook that was full of fantastic stunts. It was nice to see some fights that did not look pathetic (such as the PATHETIC fight between the boys at the amusement park in Accidentally in Love)

Kim Je-Ha: Great character development. We get a backstory early on in the drama which helps the viewer to get a good sense of his head space. Je-Ha is badass but cute, serious but funny, fighter but gentle, is suffering from PTSD.

Everything he does makes sense. His character is complex and interesting and while he embodies many contradictions- they all make sense. We know where he’s coming from, and we love him.

Ko An-Na: Is not a believable character. She is incredibly weak and feeble, except in some rare moments where she shows courage and resourcefulness- but this is rare and only lasts a few minutes. Her character was not well thought through, not consistent and not really well acted. She didn’t deserve Je-Ha though we can see why he fell for her.

Choi Yoo-Jin: Is absolutely psychotic. Her character is overacted- her fits are overplayed and ridiculous. Just when the viewer starts to/ wants to respect her, she falls into her psycho personality (like she is schizophrenic or something) one can’t take her seriously. We liked her strong personality that although ruthless and selfish showed a strong woman. Taking this into consideration, we were extremely disappointed that she didn’t actually persue the one thing she wanted- Je-Ha – even though it would have complicated the plot and morally been wrong, she should have expressed her desires.

I enjoyed the show, and it was really refreshing to get away from the cutesy, cliche packed, over sweet dramas.

I have to compare this drama to Healer, since they are in the same genre and have the same leading actor (Ji Chang-Wook).

While I strongly prefer the character of Je-Ha to that of Healer’s, I found the plot and supporting cast more compelling in Healer.

This Drama makes it to my top 5, but is a FAR cry from top 3 due to its weak characters and plot.

What do you think of The K2?

Do you disagree with our review?

What is your favorite Kdrama with Ji Chang-Wook?

let us know in the comments below! We’d love to hear from you!